The Economy and the Markets | Fourth quarter 2018

The Economy and the Markets | Fourth quarter 2018

As expected, the boost tax reform provided earlier in the year began to fade. Consensus expectations point to fourth quarter growth — which was strong, but slower than the previous quarter.

Negative news overseas and the prospect of slower growth at home sparked market volatility. Cracks in global economic momentum spooked the markets in December, sending the Standard & Poor’s 500 Index down almost 14 percent in the quarter — finishing with a 4.4 percent loss for the year, its first down year since 2008. A partial government shutdown added more uncertainty.

While the economy is slowing, its foundation remains strong. Unemployment remains near record lows.

While the economy is slowing, its foundation remains strong. Unemployment remains near record lows. More than 312,000 jobs were added in December, the most since February 2018.1 The U.S. Department of Labor reported nearly 7 million jobs were going unfilled.1 The unemployment rate rose to 3.9 percent, as the robust jobs market pulled more people into the workforce.

Small businesses and manufacturers are also feeling good, based on sentiment surveys — though confidence has taken a hit in recent weeks. Corporate earnings dropped off from earlier in the year, but remained solid. Analysts expect strong earnings growth in 2019.

There are many positives about the U.S. economy. So why do the markets see a glass that’s half empty?

Uncertainty arises across the globe

Markets dislike uncertainty. And uncertainty about economies outside the United States has surged, with global growth slowing faster than expected.

Geopolitical risk has popped up everywhere. The United Kingdom’s Brexit process has been chaotic, raising the specter of economic disruption. Political upheaval has arisen   in France, and some indicators point to a potential economic contraction there. Growth of the German economy has slowed. Italy and the European Commission sparred over the country’s budget deficit. The European Central Bank in December ended its bond- buying program, removing an important source of stimulus in the eurozone.3

China added more uncertainty, with the world’s second-largest economy showing slower industrial production and lower retail sales. A slowdown in the Chinese economy is bad news for the economies of its many trading partners, including the United States

These global economic issues have led investors to question whether the U.S. economy can continue to grow in the face of worldwide headwinds, and those doubts stirred volatility.

From hawk to dove?

While the Fed’s approach to raising rates created concern in 2018, it may be shifting its stance. In December, the Fed appeared to adopt a more dovish view as higher market volatility contributed to tighter financial conditions. Chairman Jerome Powell announced rates were close to neutral, neither stimulating nor slowing the economy.

At its December meeting, the Fed projected two increases in 2019 (down from the four it made in 2018). Market participants now think the Fed may not raise rates at all in 2019, and markets are currently pricing no expected rate hikes this year.

The Fed has two mandates: keep employment high and inflation low. For now, it’s winning on both fronts. The question is whether the Fed’s focus on keeping inflation low risks pushing the U.S. economy into a recession. Uncertainty about the economy’s direction means the Fed will depend heavily on economic data in future decisions.

Many analysts view an inverted yield curve, in which long-term rates fall below short-term rates, as a predictor of a future recession — and in the fourth quarter, the curve between one- and seven-year Treasuries inverted. The Fed’s research shows an inversion of the three-month and 10-year Treasuries has been the best recession predictor, and right now the 10-year yield remains higher than the three-month. Inverted curves are imprecise in predicting when a recession may take place, occurring as much as one to two years before a downturn.

Inflation expectations have plunged, with the TIPS (Treasury Inflation-Protected Securities) rate falling to 1.76 percent (as of January 4, 2019), well below the Fed’s 2 percent inflation target rate.

Strong, but not smooth

We believe the economy, in spite of the obstacles it faces, will continue to expand through 2019. The ingredients for a slowdown exist, but we don’t think the conditions for a recession are in place. Employment is too robust and consumer spending too strong for an economic contraction to be likely in the next several quarters.

Still, the “r word” is on many minds. Duke University recently found that 50 percent of Chief Financial Officers expect a recession by the end of 2019.4 The negative news about trade doesn’t improve the mood, even though trade actions to date have not had a major negative economic impact. Expectations of recession, continued worries about trade, and tighter credit could prompt companies and consumers to pull back, creating the downturn they feared.

We believe the economy will enter 2019 with enough questions marks and potential potholes to make the year ahead anything but smooth. The markets are clearly rattled. We expect the economy to make progress, but we believe the road ahead will likely be quite bumpy. Investors may want to buckle up.

This commentary should not be viewed as a current or past recommendation or a solicitation of an offer to buy or sell any securities or to adopt any investment strategy. Opinions expressed herein are  those  of  Securian  Asset Management, Inc., only. Investors should keep in mind that markets are volatile and unpredictable. Past performance is no guarantee of future results. Investments will fluctuate and when redeemed may be worth more or less than when originally invested. 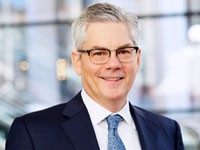