The Economy and the Markets | Second quarter 2018

The Economy and the Markets | Second quarter 2018

The economy in the second quarter continued its forward momentum

During the first quarter, the Gross Domestic Product (GDP) grew at just a 2 percent rate. The Federal Reserve’s (Fed) New York bank estimates the economy’s second-quarter growth rate could be 2.8 percent annually. The Atlanta branch of the Fed believes increased consumer spending will help raise GDP by 3.8 percent during the quarter, getting nearer to the 4 percent mark. GDP growth has topped 4 percent only three times since mid-2009.

GDP grew at just 2% in first quarter; the Fed estimates growth will be at a rate nearing 3% in second quarter.

A robust labor market has created more job openings than there are people looking for a job. Wage growth in May averaged 2.7 percent annually, positive but not yet at the three-percent level that could raise Fed concerns.

Rising consumer net worth helped lead in May to the year’s highest month-to-month increase in retail sales, jumping by 0.8 percent and doubling April’s 0.4 percent increase.1 Consumers account for about 70 percent of U.S. economic activity, and they’re now a powerful force in moving the economy ahead.

But not every trend is positive:

Still, consumer confidence is high, and we expect the consumer’s high level of confidence continue to be a driver of growth for some time to come.

Can anything stop the winning streak?

With the recovery entering its tenth year, two potential issues could halt the economy’s momentum:

In May, the Consumer Price Index increased at an annual rate of 2.8 percent, the largest gain in more than six years.2 Rising prices are erasing some of the wage gains households are experiencing – resulting in the Fed adopting a new perspective.

At its mid-June meeting, the Fed raised the federal funds rate 25 basis points, and indicated it expects to raise rates a total of four times in 2018, up from the three rate increases it anticipated at its March meeting.

The Fed is departing from its stance over the past decade, when it kept rates at historically low levels to get the economy out of its doldrums. Now it has to manage inflation without bringing growth to a halt. We’ll be watching closely to see whether the Fed can walk this very delicate line.

Every time it has adopted an overly aggressive stance, the economy has ended up in a recession. The possibility of an overactive Fed breaking the economy’s momentum is, in our view, one of the economy’s biggest risks.

The yield curve and why it matters

We believe by year-end, the Fed’s anticipated rate increases will likely raise short-term rates to 2.5 percent. If the market reacts and pushes longer-term yields below short-term yields, that will create an inverted yield curve, an abnormal condition in which short-term rates are higher than long-term rates.

With inflation ticking up, investors are looking to hedge against rising costs. Investments in TIPS, Treasury Inflation Protected Securities, increased by a record $1.7 billion in the first two weeks of June.3

Money market investments also reached a record in early June, spurred by the highest money market returns in a decade. Since rates have been low since 2008, investors were prompted to buy longer-term, and often lower quality, fixed income securities. Now that mindset is shifting, as the market is offering high-quality issues yielding around three percent, with terms as short as two to three years.

Corporate earnings remained strong, and just as important, corporate estimates of future earnings remain positive. That seems to be easing the market’s fear of companies lowering their future profit expectations.

The technology sector leads the equity markets, with the NASDAQ Index year-to-date up almost 12 percent as of mid-June, triple the return of the Standard & Poor’s 500 Index.

Tech industry strength is being felt across the country, driving the growth of commercial real estate on the West Coast to accommodate the expansion of Amazon and Facebook.

Industrial warehouse space nationwide is on the rise as more companies adopt the Amazon model of internet selling and shipping directly to buyers. Companies have discovered that web services and warehouse space cost less than brick and mortar retail space.

The energy sector has also recovered, benefitting both energy companies and firms supplying and supporting them. Balance sheets appear to be in good shape, thanks to the financial discipline companies imposed when oil prices were down.

Now that oil has reached $70 a barrel, investors will watch to see whether that discipline continues. Texas is particular enjoying strong job growth, as are a number of Sunbelt cities, including Denver, Nashville, Raleigh-Durham, Tampa, Orlando and Atlanta.

Consumer-facing companies are performing well because of an increase in consumer spending. The stocks of retail companies such as Kohl’s and Macy’s have been on a run, as it becomes clear retail is not going to disappear any time soon.

Growth stocks appear to be dominating the market, with value stocks experiencing tough going. Investors are betting on the continued growth of the economy, and as long as earnings growth stays on a good trajectory, value stocks may take a back seat.

United States vs. the world

While the Eurozone grew faster than the United States in 2017, it dropped below U.S. growth in the first quarter. The globe has benefitted from the simultaneous growth of almost all national economies, but there are now signs of a slowdown in parts of Europe and the United Kingdom.

Based on past events, we know emerging market economic problems can ripple across the globe. Political volatility in Italy, Greece and Spain is also prompting a flight of fixed income investments away from those countries.

Worries are accelerating over the potential for a trade war to bring down economic growth. The United States and China have imposed $34 billion in tariffs on each other that went into effect July 6, and the Trump Administration is proposing an additional $200 billion in tariffs on Chinese exports.

Source: United States Census Bureau. All figures are in millions of U.S. dollars.

China may retaliate, which could trigger further U.S. escalation. The markets previously looked on tariff announcements as negotiating tactics, but now see a trade war as much more likely, with adverse effects on the economy. Companies and investors now view U.S. trade policy as a headwind to the economy’s growth.

We have no immediate concerns the economy will enter a recession.

The labor market is likely to keep extending its record streak of 92 consecutive months of job growth. We predict inflation will creep up, and we see the 10-year Treasury breaking the 3-percent barrier and hovering around that level, without breaking significantly higher.

Trade issues could hamper growth, but we anticipate not enough to significantly slow the economy. We fully expect a strong economy to keep its momentum throughout 2018.

This commentary should not be viewed as a current or past recommendation or a solicitation of an offer to buy or sell any securities or to adopt any investment strategy. Opinions expressed herein are those of Securian Asset Management, Inc., only. Investors should keep in mind that markets are volatile and unpredictable. Past performance is no guarantee of future results. Investments will fluctuate and when redeemed may be worth more or less than when originally invested.

This article contains forward-looking statements based on expectations and assumptions. Actual results could differ materially because of changes to these expectations and assumptions. The Economy and the Markets has been prepared for informational purposes only and is the opinion of Securian Asset Management, Inc., a registered investment advisor.

Approved For Use with the General Public. 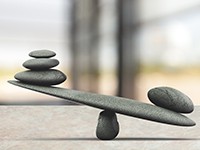 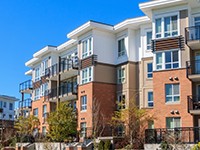 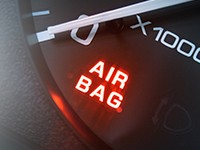