The Economy and the Markets | First Quarter 2021

Everything’s about to come up roses

Both the Federal Reserve (Fed) and the Biden administration are doubling down on policy support to make sure the economy takes off. With the vaccine rollout exceeding expectations for both speed and effectiveness, consumers and businesses are ready to get back to normal.

Confidence in the recovery drove solid investment returns, though much of the improvement in expectations was captured late last year. The big story in the first quarter was a continued shift from COVID winners to strategies that are poised to capitalize on better growth this year. This prospect propelled strong returns for previous laggards like small caps, cyclical stocks and value strategies. The same was true in credit markets where the best performing corporate sectors included airlines and energy, and the bid returned to less liquid asset classes. While credit outperformed Treasury securities as demand drove spreads tighter, the total returns of high-quality fixed income strategies were negative as rates rose.

The economy was built on fourth quarter momentum and accelerated early this year. However, the two-week cold snap in February put a dent in growth. Despite the pause, new relief measures and a clearer path to lifting restrictions laid the foundation for the fastest expected growth in decades.

The Biden administration coordinated an effective rollout of several vaccines, making it likely that all adults will have access within weeks. Congress passed the $1.9 trillion American Rescue Plan. This is the third significant COVID relief effort in the last year, bringing total pandemic support to over $5 trillion. It targeted the nearly 10 million Americans who are still unemployed and added a new child tax credit. In the coming months, Congress will consider the administration’s American Jobs Plan, a $2.25 trillion infrastructure proposal funded by higher corporate taxes. A final package focused on human capital is likely later this year.

With former Fed chair, Janet Yellen, now Secretary of the Treasury, fiscal and monetary policy are both focused on driving an inclusive recovery. Their policies are underpinned by a common belief that past estimates of inflation-free potential growth may have been too low.

Despite the forecast for eye-popping growth,  the Fed is steadfast in its commitment to keep a lid on rates until there is clear evidence of full employment and realized inflation. Members of the Federal Open Market Committee (FOMC) predict this process will take at least two years. Policymakers expect easy money to spur investment and better productivity, increasing sustainable growth. This risks an overshoot, but Fed officials are confident in their ability to slow the economy with available monetary tools if needed.

While longer interest rates have risen on faster growth, so far, the moves aren’t alarming. Long term rates rose 0.75-0.8% while short rates remained anchored near zero,1 in line with the Fed’s guidance. While the increase in longer term rates was dramatic, the yield on the 30-year treasury bond only returned to its late 2019 level.  Investors expect strong near-term growth to cause a temporary spike in inflation, but long-term expectations remain in check, near the Fed’s 2% target. The recent increase in rates isn’t enough to slow the economy and reflects expectations for a return to normal growth and inflation in years to come.

In the near term, the pain trade is in shorter tenors where the Fed’s easy money policies have kept Treasury rates lower than expected inflation. Investors searching for returns have pushed valuations for risky assets to rich levels.

How much is too much?

President Biden ran on the promise of his Build Back Better plan, fully embracing the idea that imbalances in income, wealth and opportunity are holding back our nation’s potential. The president sees a “win/win” in policies focused on high tech green growth, skills development and actions that support workforce participation. Most economists agree that deteriorating infrastructure, underinvestment in housing, and the costs of childcare, eldercare, and healthcare are real impediments to optimizing growth. In addition, climate change poses substantial challenges with no easy fixes.

Economics is known as the dismal science for a reason. We can’t measure realized growth or inflation directly, much less potential growth. Economic outcomes are a result of the complex and sometimes unpredictable interaction of human behavior and rigid, but not completely knowable, mathematical identities with a healthy dose of politics in the mix to boot.

Recent fiscal and monetary policies can only be described as unprecedented, and investors should approach the future with humility. The levels of fiscal support and easy money already in place are each considerable. Together, these policies — and proposed programs — are taking us into the great unknown. We believe the economy is poised for take-off with plenty of liquidity acting as a turbocharger. We’re likely to exceed pre-pandemic trend growth by the end of this year, and new businesses are forming at a rapid pace. For now, the potential benefits to the economy, and more importantly, to people, seem to outweigh the risks. But it would be unrealistic to think that there isn’t a potential downside as well.

Projects that don’t make sense in a normal environment can be funded when interest rates are held below inflation. Episodes like the GameStop short squeeze and the recent implosion of a highly levered investment fund are warning signs that discipline may be waning. Many of the policies proposed by the current administration make sense, but less productive spending has begun to creep into emergency measures. While inflation remains muted, more of the necessary conditions are in place for rising prices, a potential threat to a key foundation of current valuations and risk taking.

When it comes to knowing how much is too much, unfortunately, the only answer is we’ll know it when we see it.

Investors expect strong near-term growth to cause a temporary spike in inflation, but long-term expectations remain in check, near the Fed’s 2% target.

Source is Bloomberg, Federal Reserve, Bureau of Economic Analysis and Securian Asset Management, Inc. for all information, unless noted otherwise.

The Economy and the Markets Third Quarter 2021  (article with video) 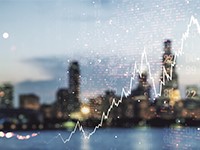 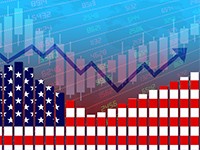 The Economy and the Markets Second Quarter 2021  (article with video)