The Economy and the Markets | First quarter 2019

The Economy and the Markets | First quarter 2019

Going into the second quarter, we see more question marks about the direction of the economy, but we do not think the ingredients for a recession are in place yet. The economy entered 2019 in a position of strength despite high market volatility in the fourth quarter. Real GDP grew nearly 3 percent in 2018, and unemployment ended the year near a 50-year low. While we expected the economy to decelerate in the first quarter given slowing growth in the rest of the world and a fading boost from tax reform, the economy appears to be somewhat weaker than we anticipated. Consensus estimates for first quarter GDP growth declined from 2.3 percent at the beginning of the year to 1.5 percent today according to economists surveyed by Bloomberg. Earnings estimates have come down as well. While FactSet reports that analysts expect solid revenue growth in the quarter, margin pressure is likely to reduce earnings to below a year ago. Weak manufacturing activity and a surprisingly cautious consumer are the biggest drivers of lower expectations. However, conditions for the latter remain favorable, and recent data have been more encouraging.

Wages are rising while unemployment is below pre-crisis levels

Inflation remains lower than expected despite a robust labor market. In March, Chairman Powell indicated that policymakers see the current federal funds rate as neutral, and Federal Open Market Committee members are no longer projecting any rate hikes in 2019.

Despite a tepid economic outlook, markets rebounded from a turbulent fourth quarter that saw broad market indices in bear market territory. The S&P 500®, up 13.1 percent in the quarter, produced its best return since 2009 and ended only 3 percent below its 2018 high. Credit markets followed with first quarter total returns of 7.26 percent and 5.14 percent for high-yield and investment grade corporate bonds, respectively. Credit spreads have retraced much of their widening but remain higher than at the end of the third quarter.

Despite the strong showing in equities and credit, the market provided clues that investors are still worried. While cyclical sectors have dominated returns within the S&P 500® this year, income generators (including household products, utilities and REITs) are among the best performers over the last two quarters. Global investors are worried, and the stock of negative-yielding bonds rose to almost $10 trillion, the highest level since late 2016. Buyers also flocked to Treasuries while inflows to equities have been weak. Pricing in the federal funds futures market reflects concerns that growth will slow enough to prompt the Fed to cut rates by the end of the year. The yield curve remains very flat, signaling caution.

The spread between the 10-year note and 3-month bill flirted with an inversion, reinforcing that we’re in the later innings of this expansion.

Despite a strong recovery in stocks, investors flocked to treasuries, pushing down yields.

Markets recovered well in the new year, but many of the risks that we cited last quarter remain in play. Geopolitical risks remain high. Increasing labor costs and slowing growth have reset earnings expectations at a lower level. However, we think a strong backdrop for the consumer and friendly Federal Reserve policies are enough to limit the economic downside. Despite our benign outlook in the near term, the violent tightening of financial conditions in Q4 was sobering. Rather than seeing current market strength as an “all clear,” the potential for further volatility makes for a measured appetite for risk. 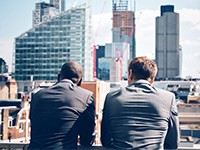 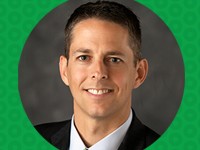