Results for the broad sector were largely ahead of expectations, with the majority of companies beating top-line expectations and nearly all exceeding Earnings Per Share (EPS) expectations.

Deleveraging continues to be a focus for companies that have undertaken large scale M&A over the past several quarters, including Abbott Laboratories (ABT), Boston Scientific Corporation (BSX), Cigna Corporation (CI) and CVS Health Corporation (CVS).

We continue to expect sentiment to be influenced by headline risk as regulatory and litigation considerations overshadow fundamentals. It does not appear opioid litigation overhang will be resolved near-term and Medicare for All will likely garner more attention as the 2020 presidential election comes into focus. Additionally, we expect M&A to ramp up in subsectors that have taken on deleveraging following previous activity including clinical labs and medical devices.

Despite headline risks, we maintain a constructive view of the sector given the critical role it plays in health care delivery domestically and its consistently robust cash generation.

Our industry assessment is supported by:

Environment remains competitive and varies by subsector. However, margins have been relatively consistent to modestly improving, benefitting from improving volumes and stabilizing drug prices.

Most health care companies actively repurchase shares. However, activity has been balanced against bringing leverage in line with rating expectations.

M&A is continually present as scale and diversity are viewed as a means to alleviate reimbursement pressure. We expect activity to pick up in certain subsectors that have taken on deleveraging following a receding wave. We see medical device and clinical lab subsectors as being the most active.

Policies targeting domestic drug pricing continue with the U.S. Department of Health and Human Services' (HHS) proposal to allow drugs to be imported from other countries. A draft Senate bill, known as the Prescription Drug Pricing Reduction Act, and Medicare Part D price negotiations are both key social risks facing pharmaceutical companies and would spill over to drug distributors. Extreme versions of Medicare for All would drive major disruption for most health care subsectors.

Revenue growth varies across subsectors. Medical device companies have posted the strongest organic growth driven by new product launches and growing international exposure, while clinical labs and drug distributors have been more subdued given their respective headwinds, albeit abating.

Nothing contained herein constitutes investment, legal, tax or other advice nor is it to be relied on in making an investment or other decision. This commentary should not be viewed as a current or past recommendation or a solicitation of an offer to buy or sell any securities or to adopt any investment strategy. The investment characteristics presented herein for each composite are subject to change. Investing involves many inherent risks, including the potential loss of the entire investment. Opinions expressed herein are those of Securian AM only, and only as of the date indicated.

For institutional investment use only 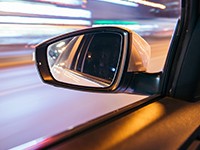 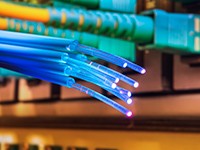